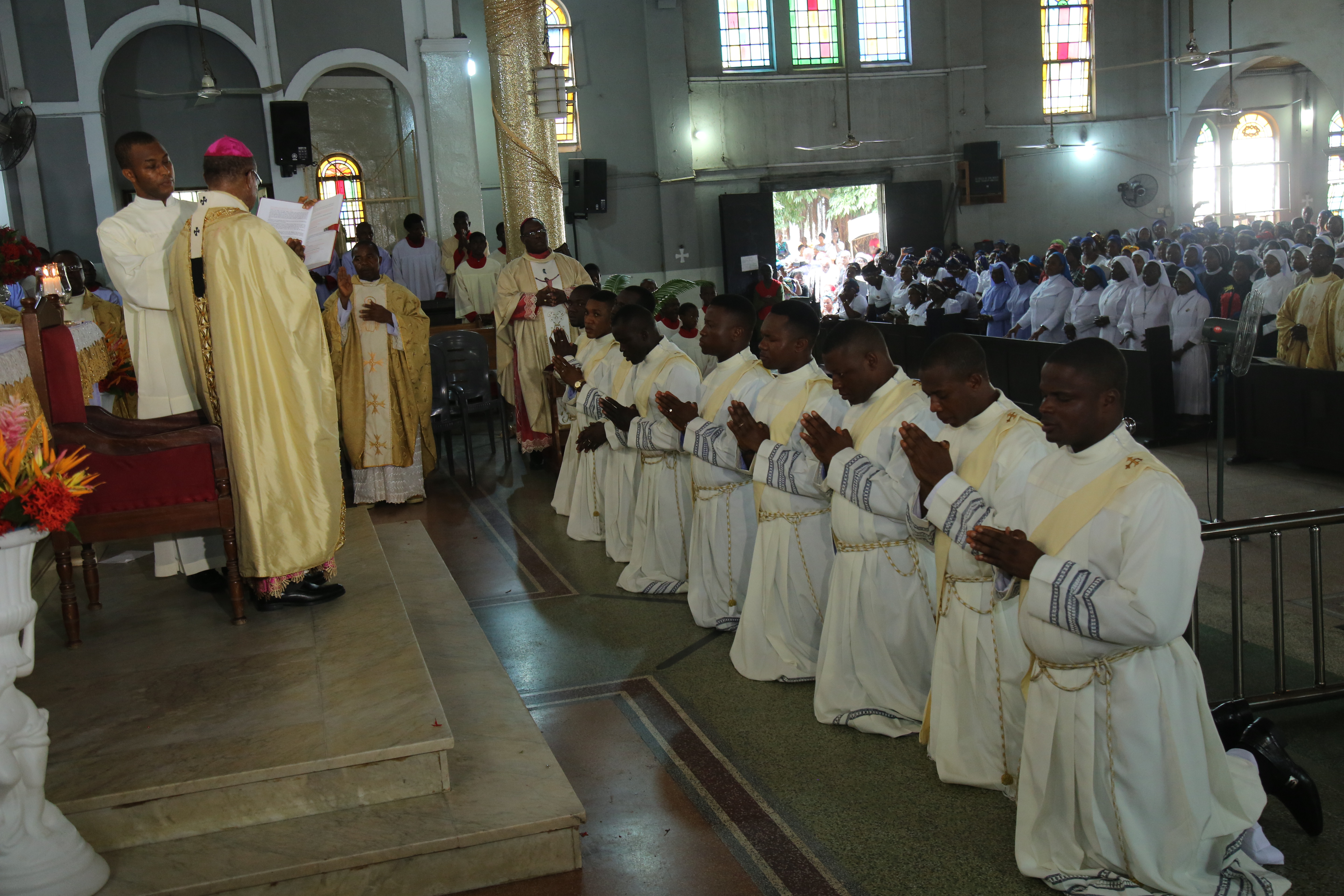 The Archbishop in prayer for the Candidates after the Laying on of hands with a large number of priests concelebrating and the faithfuls. 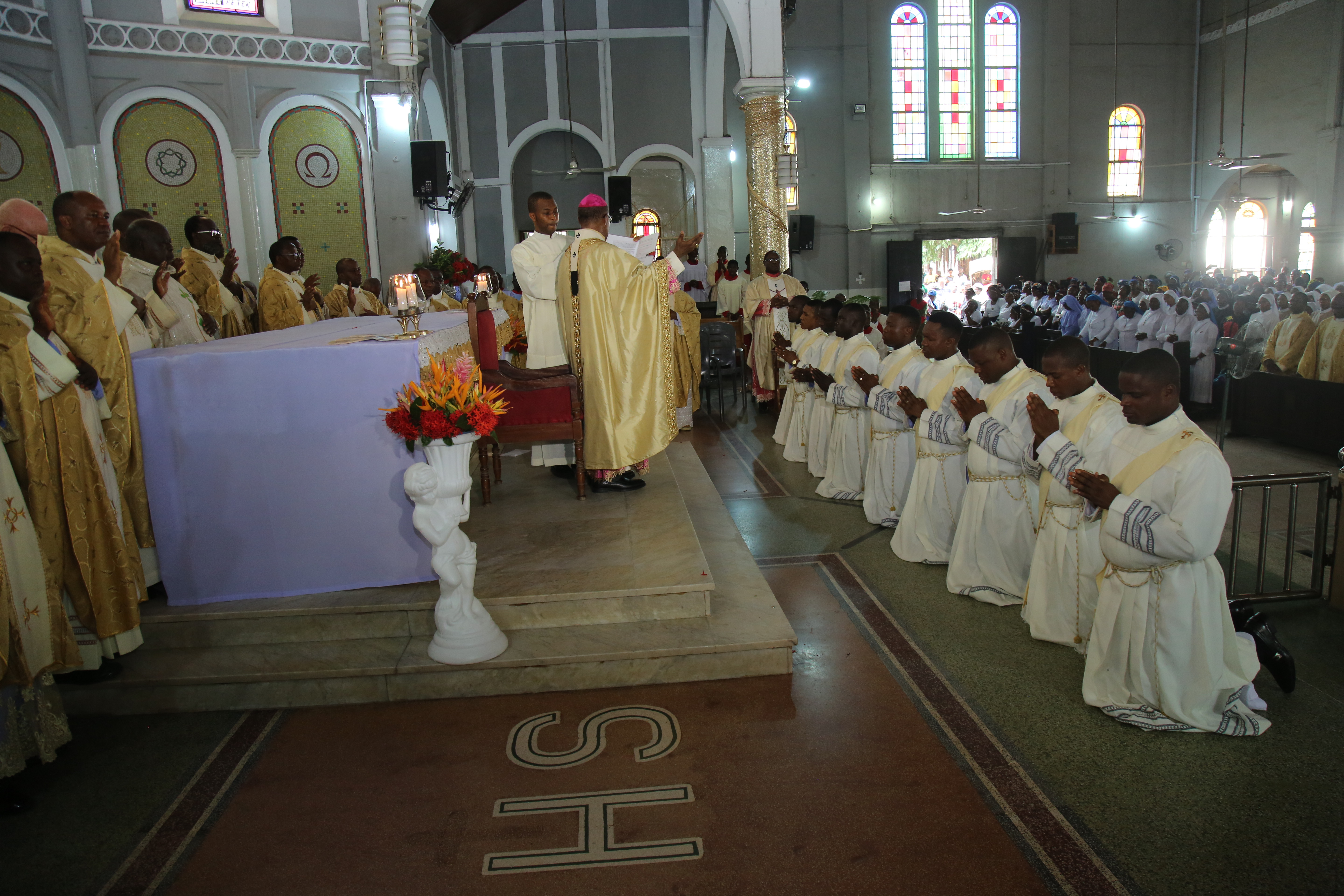 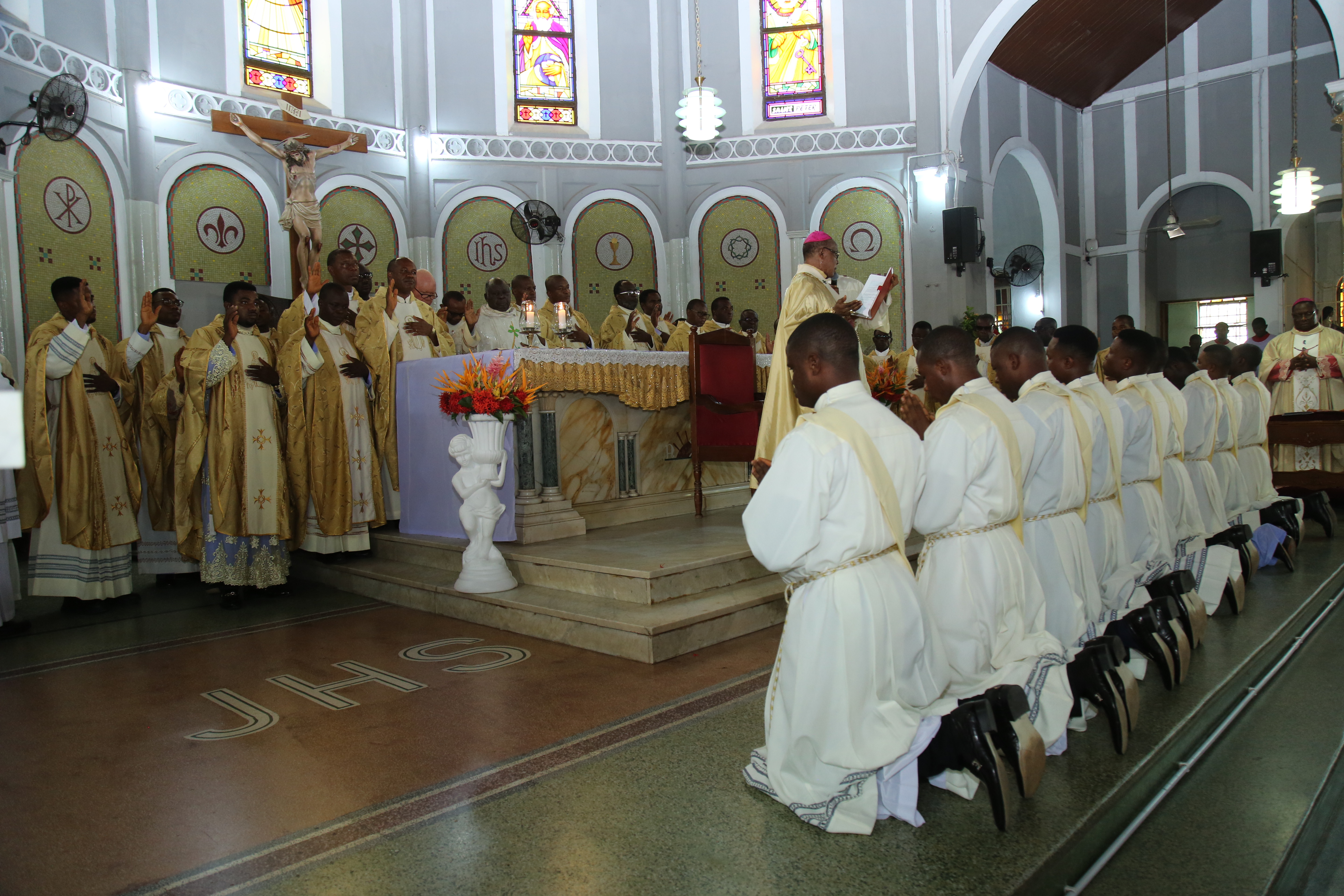 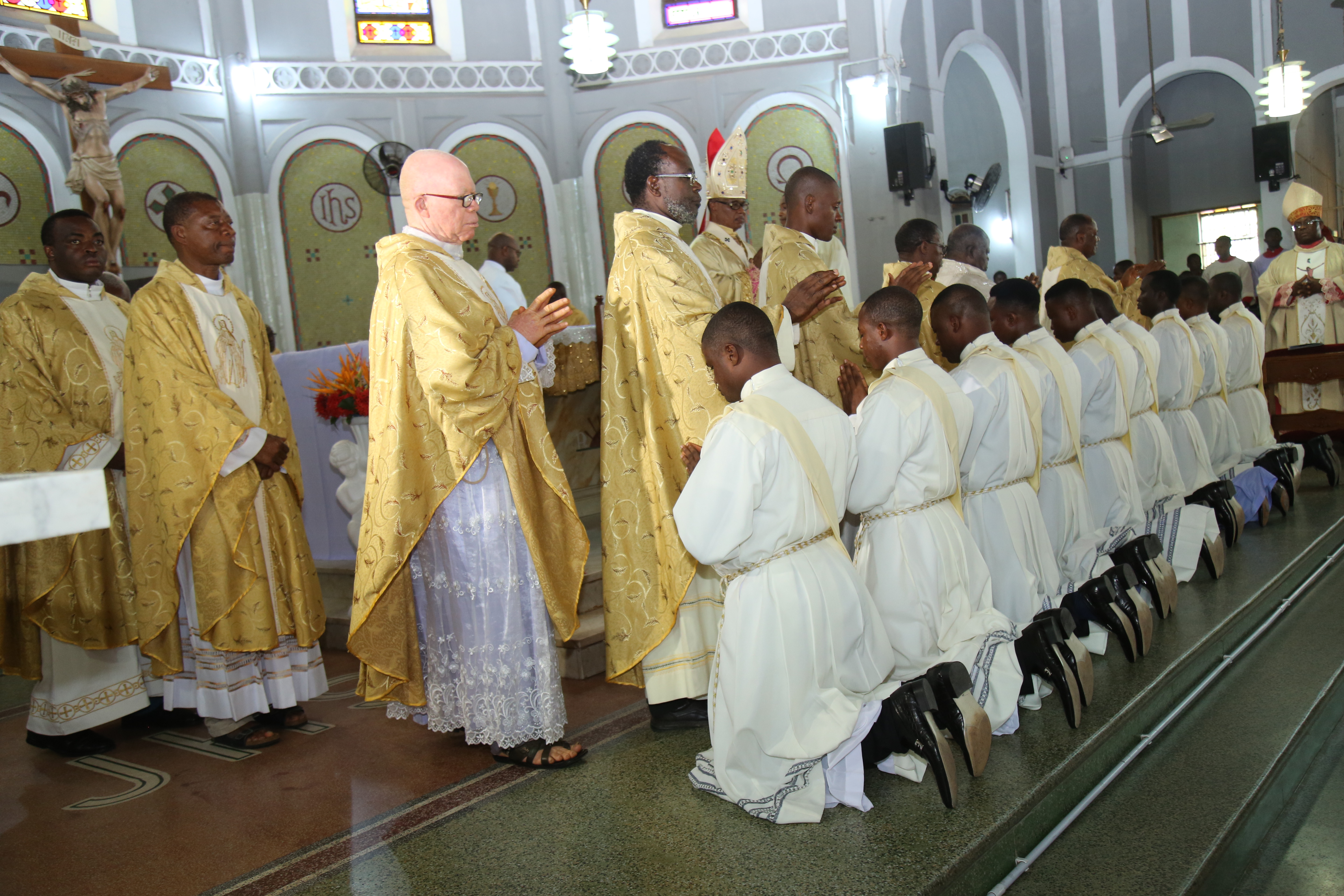 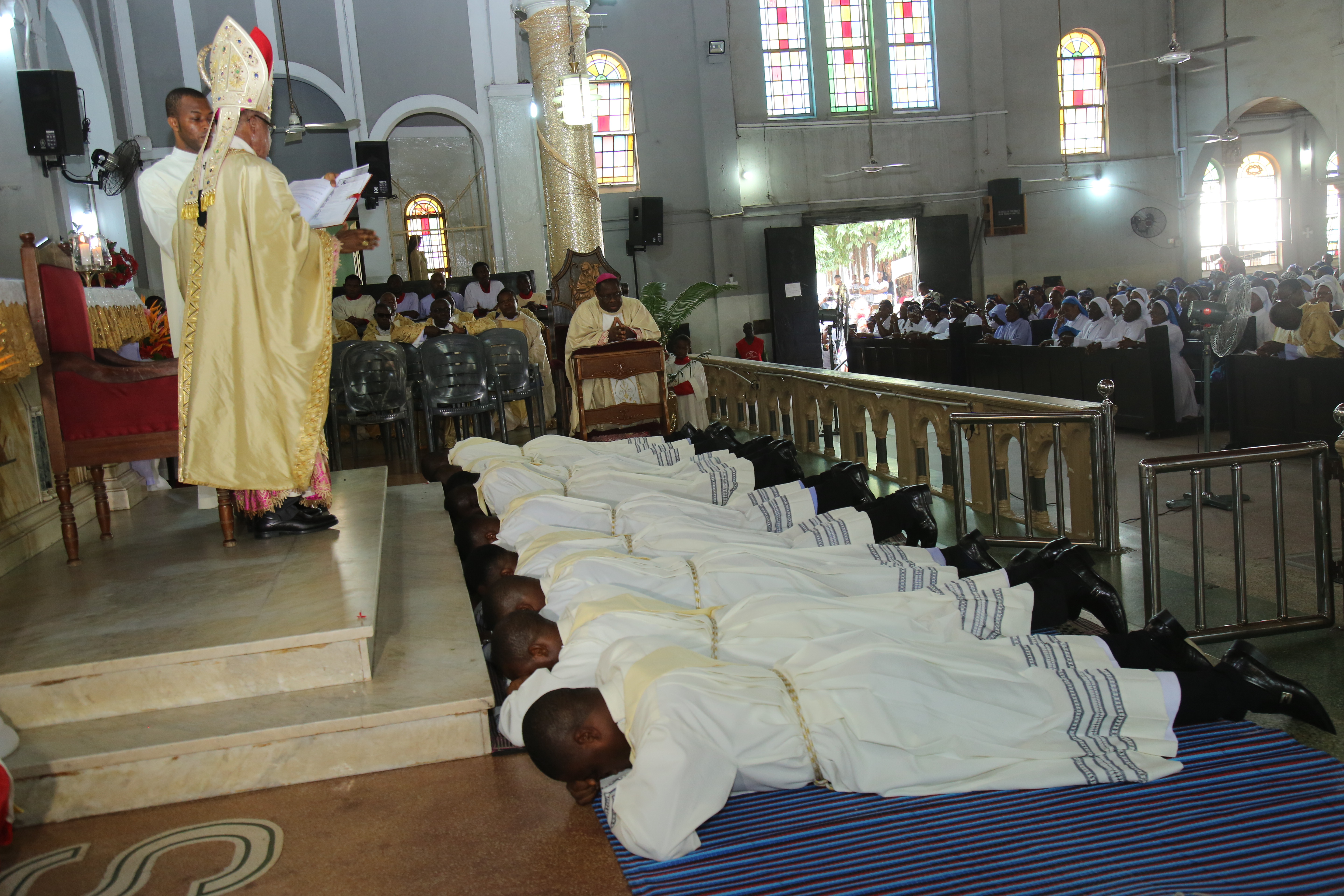 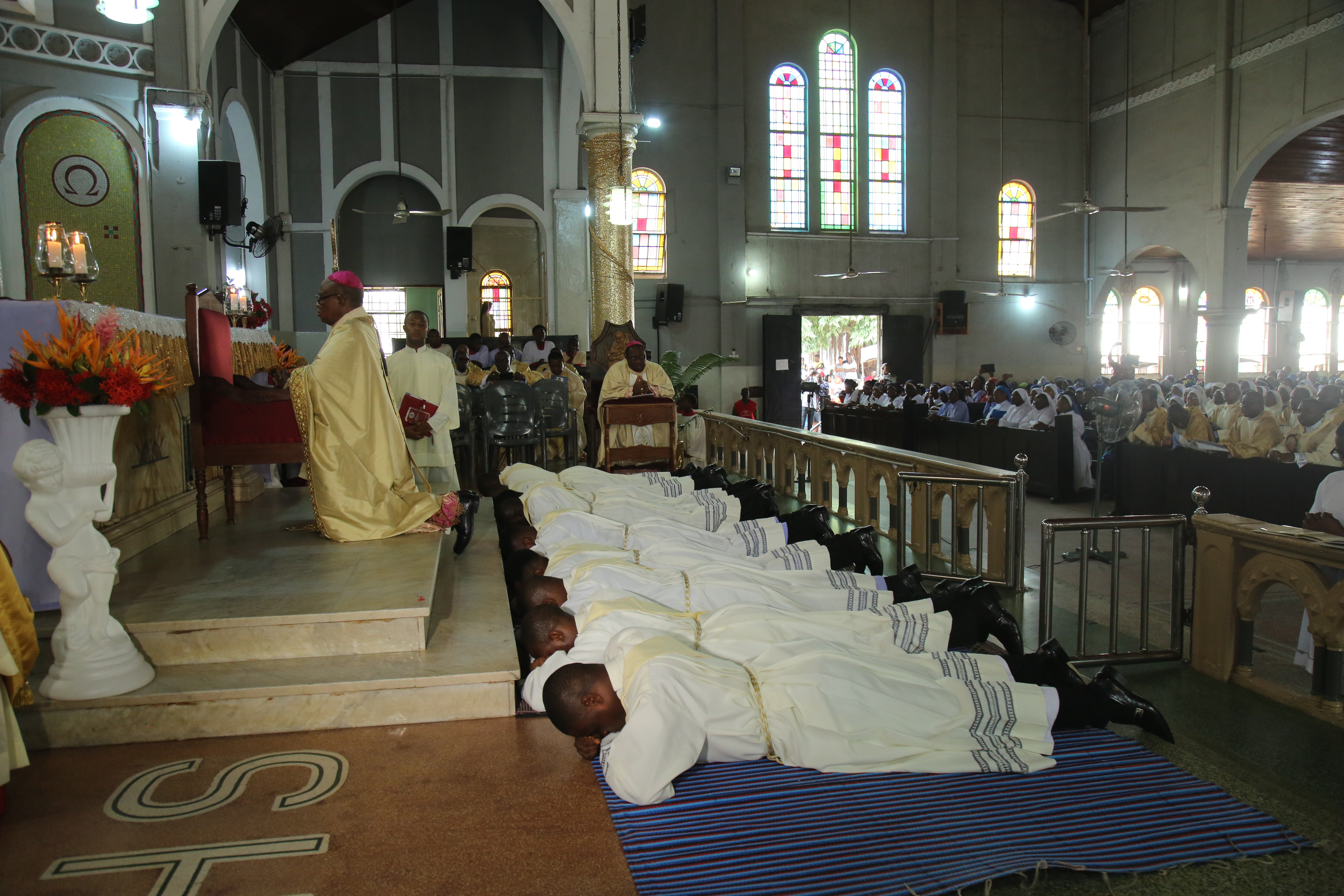 The Archbishop interceeding to God onbehalf of the Elects 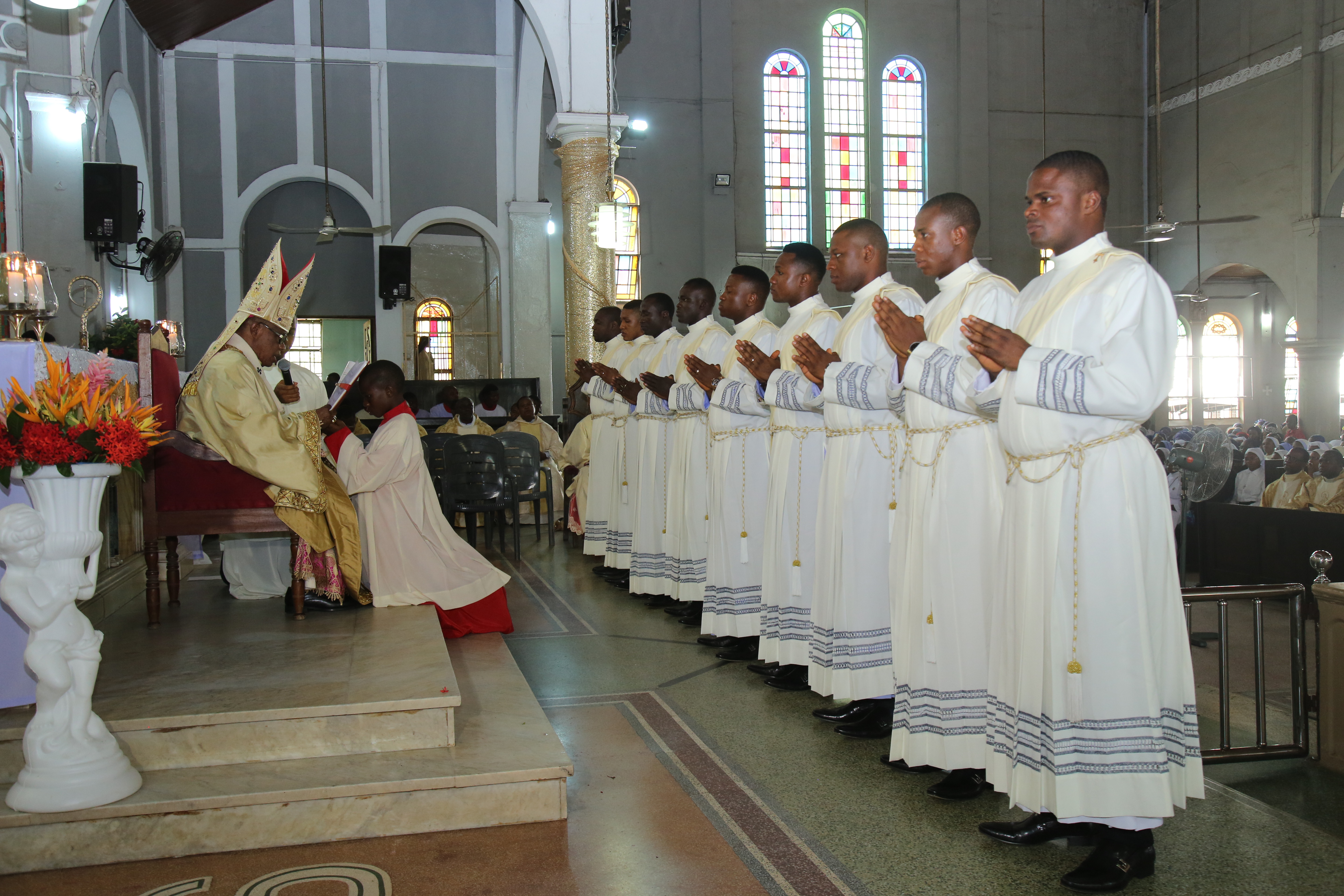 The Brother Priests Vesting the Nine Newly Ordained with the Chasuble 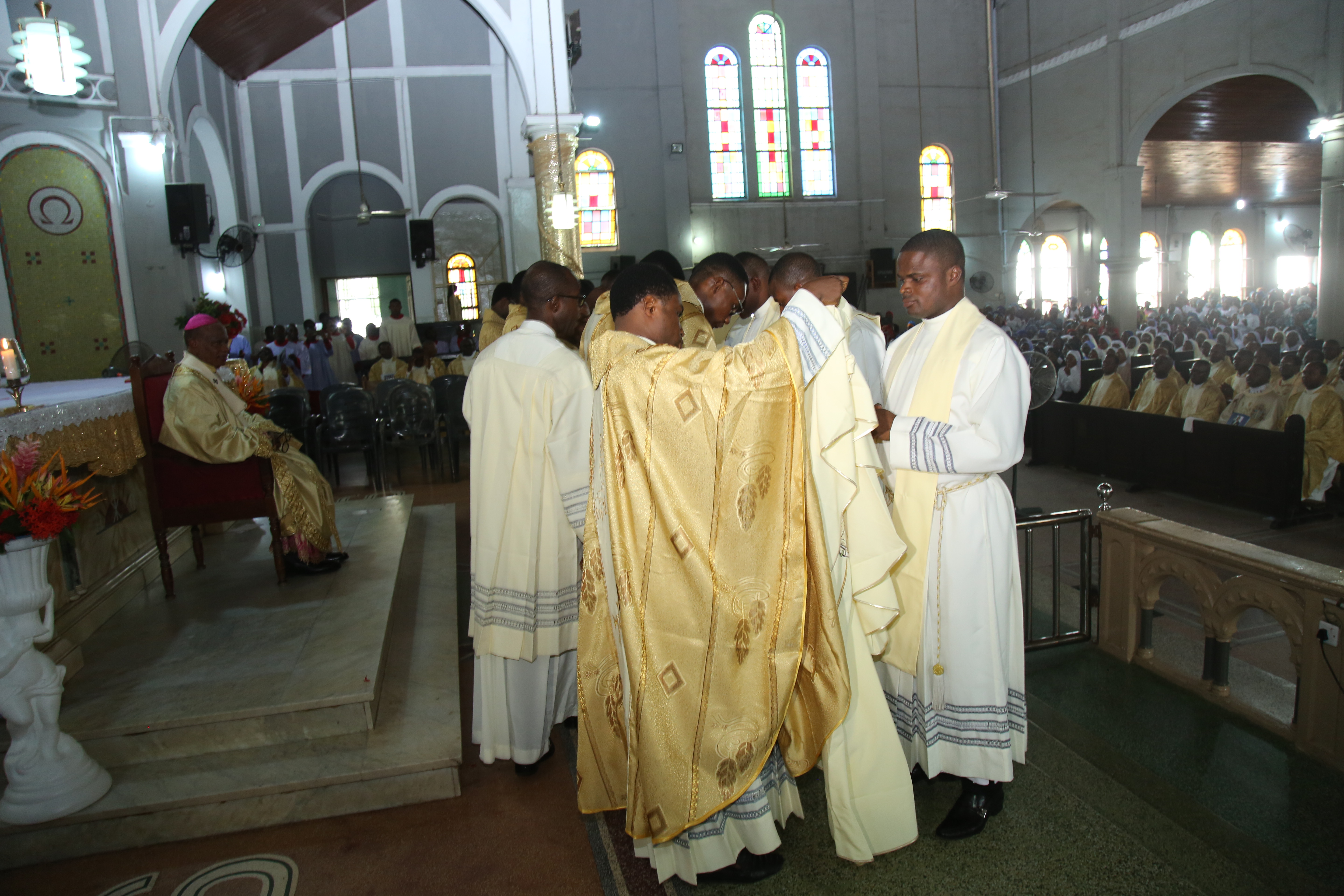 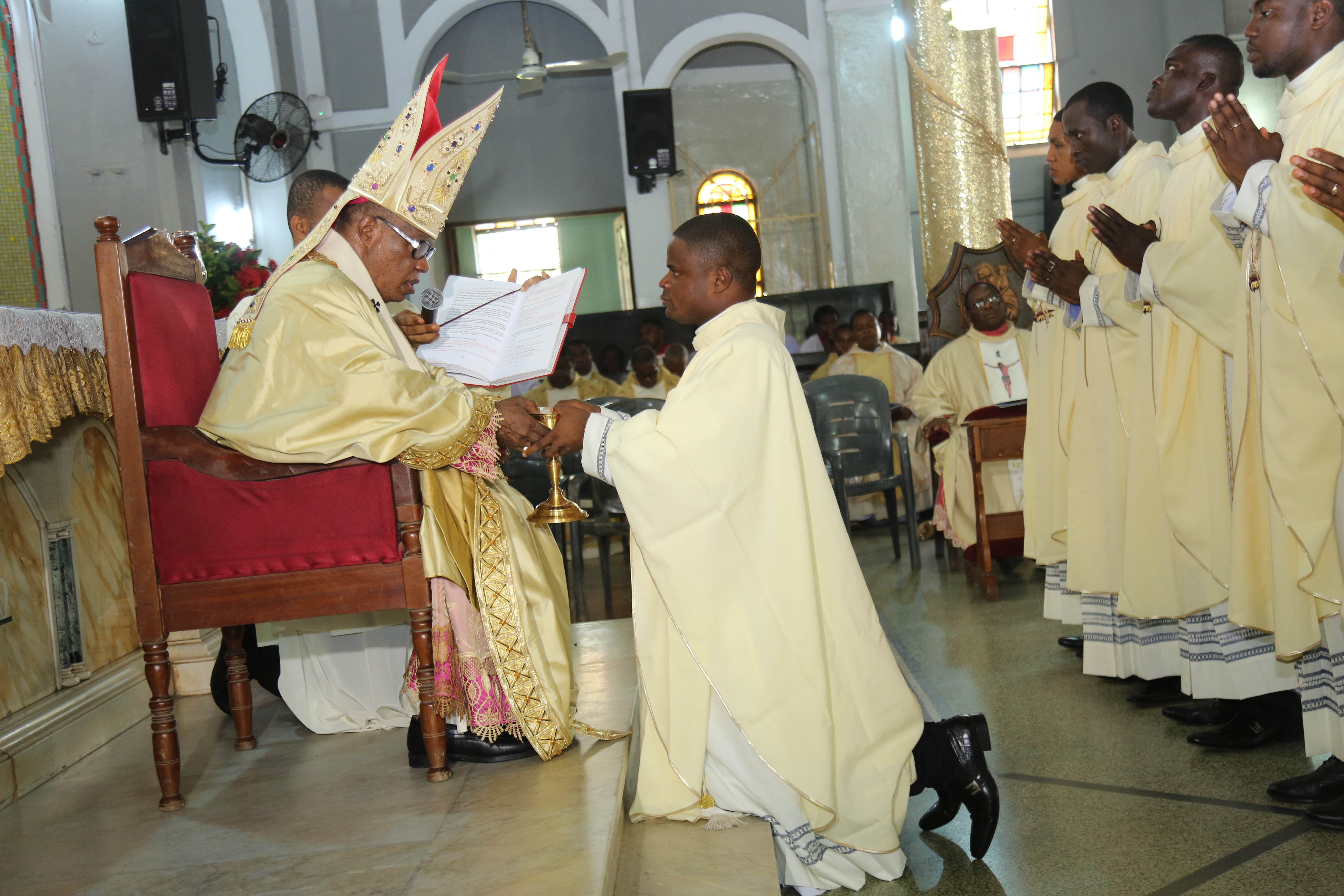 The Archbishop Greeting the Newly Ordained 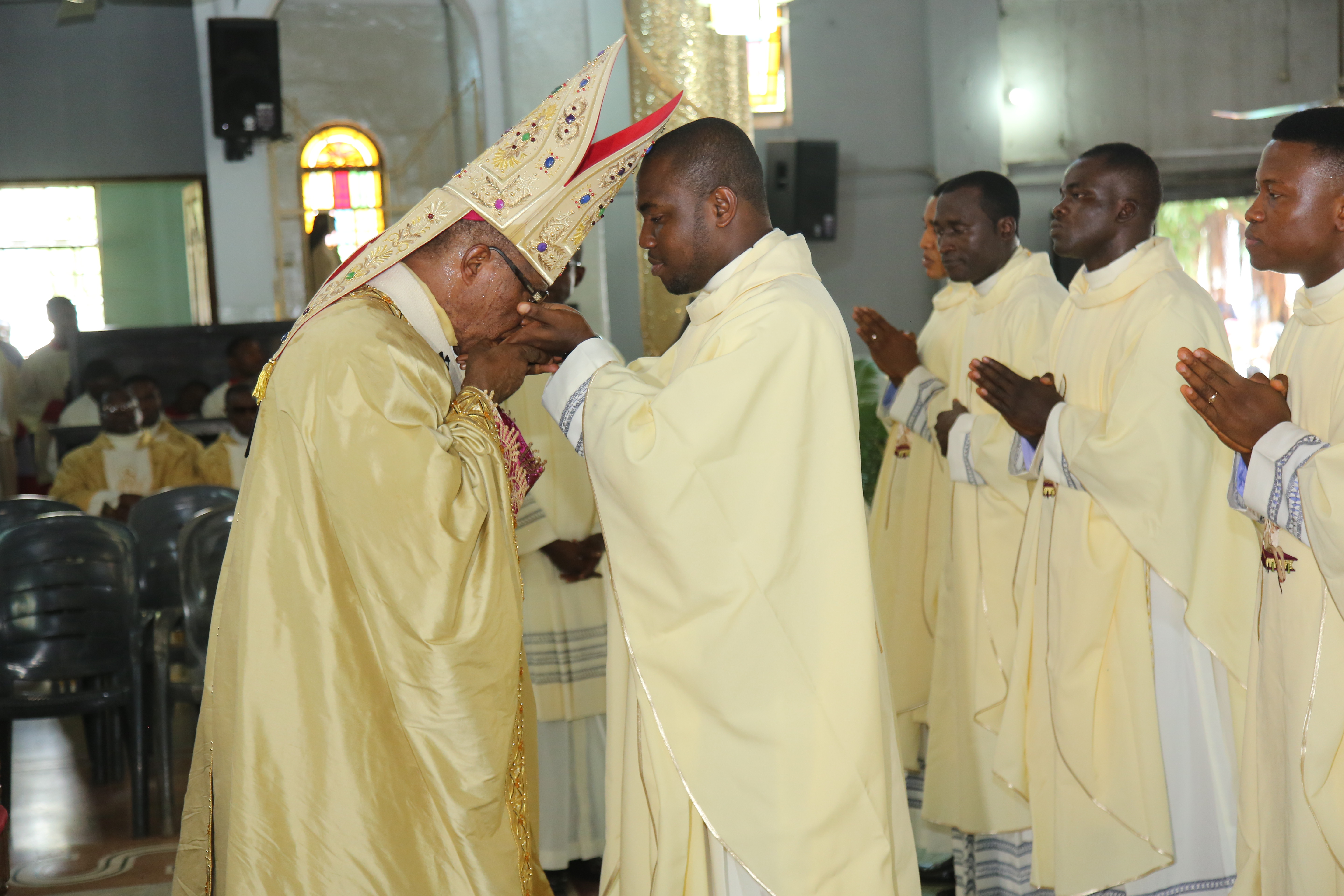 The Nine Newly Ordained Greeting the People of God immediately after being consecrated as New Priests. 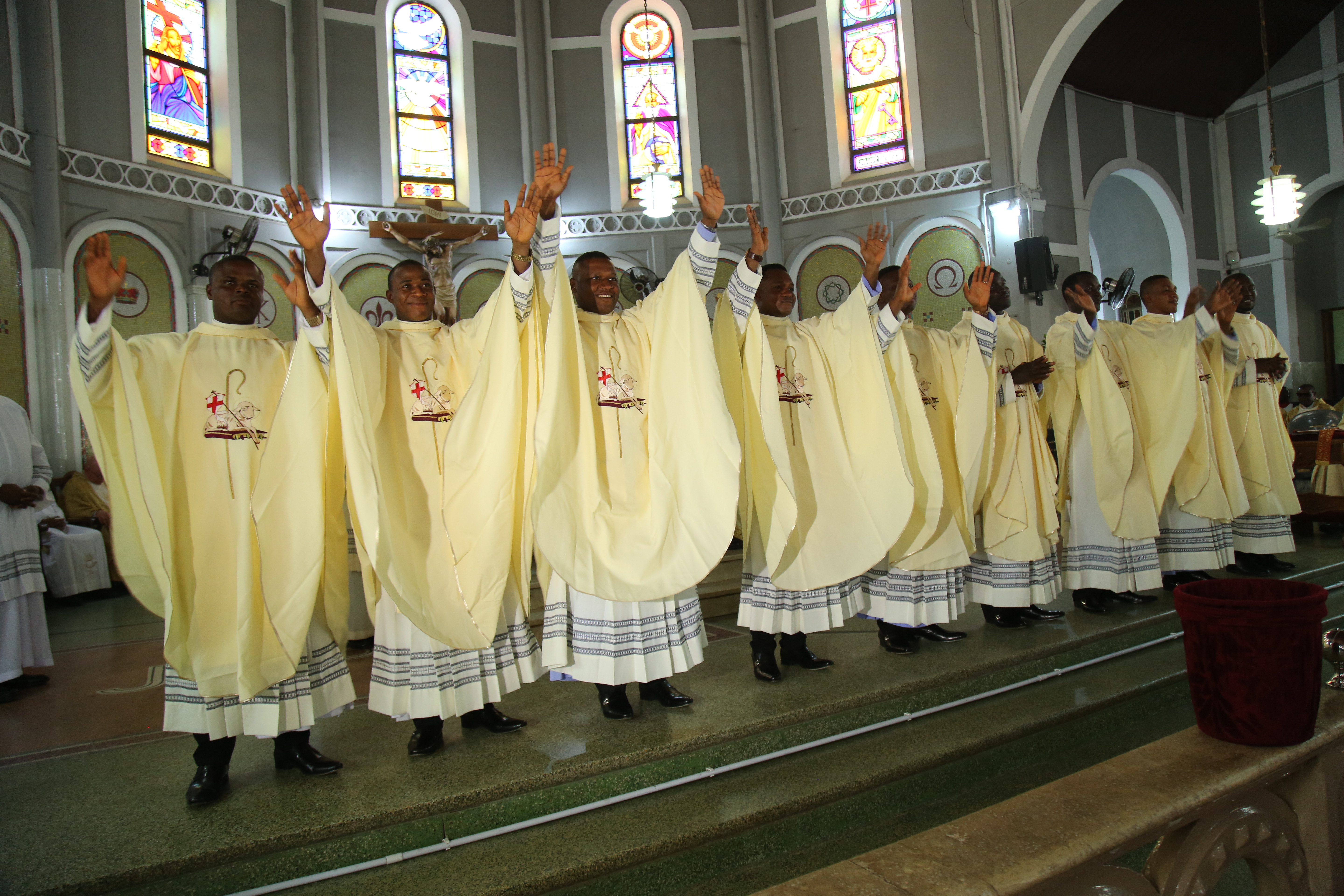 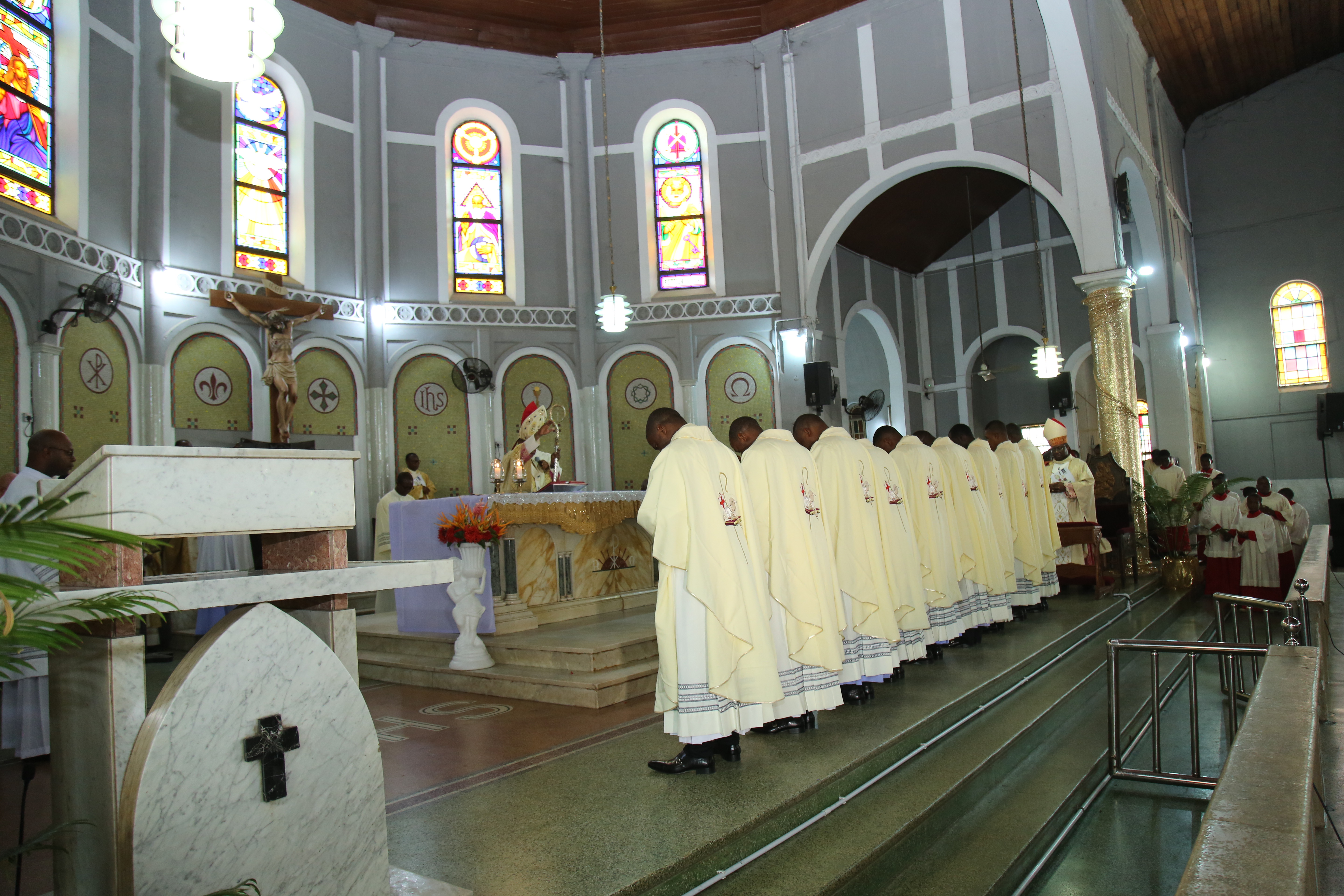 The Archbishop with Bishop Charles Hamawa of Jalingo Diocese and Concelebrating Priests in a Group photograph with the Newly Ordained after the Mass. 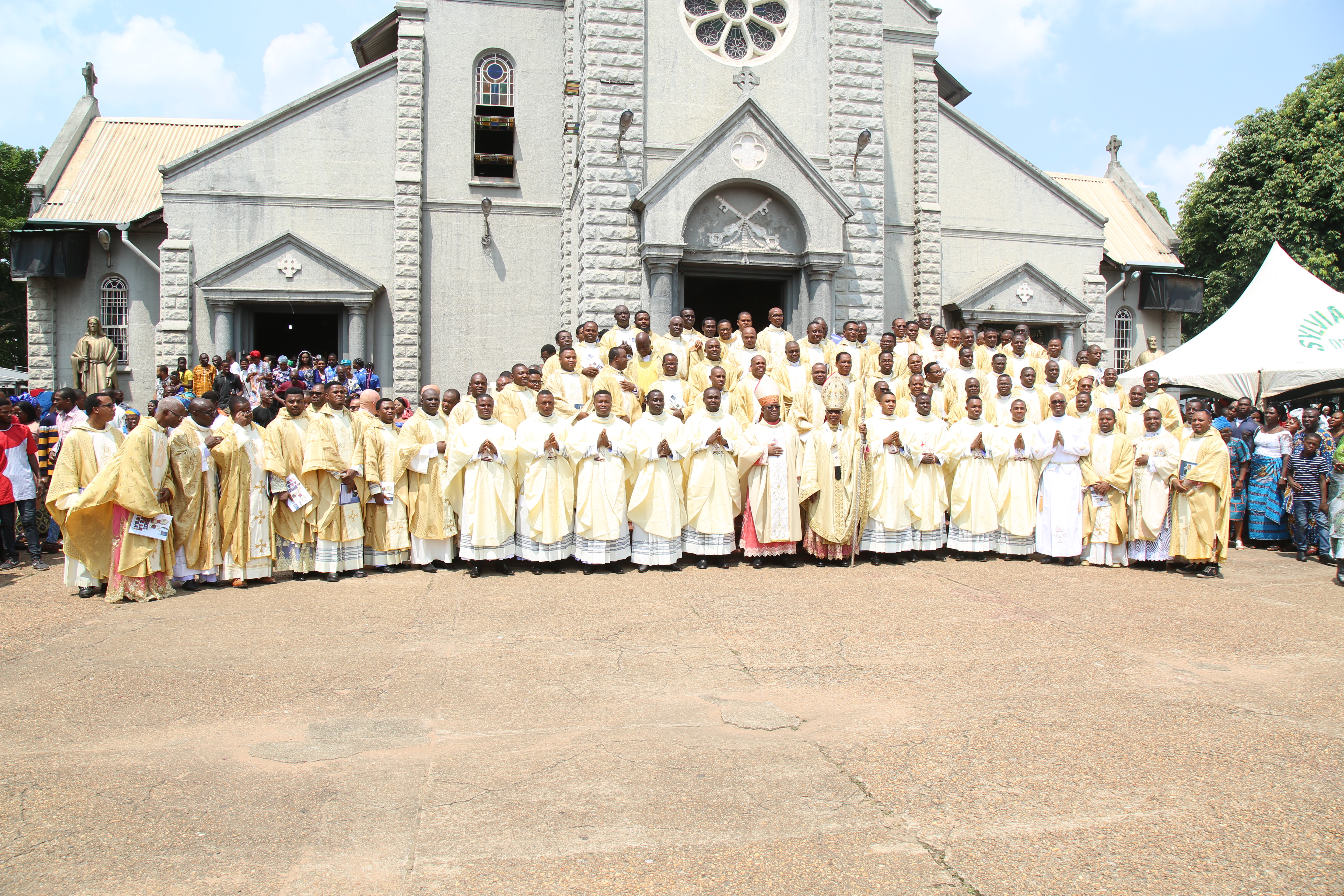 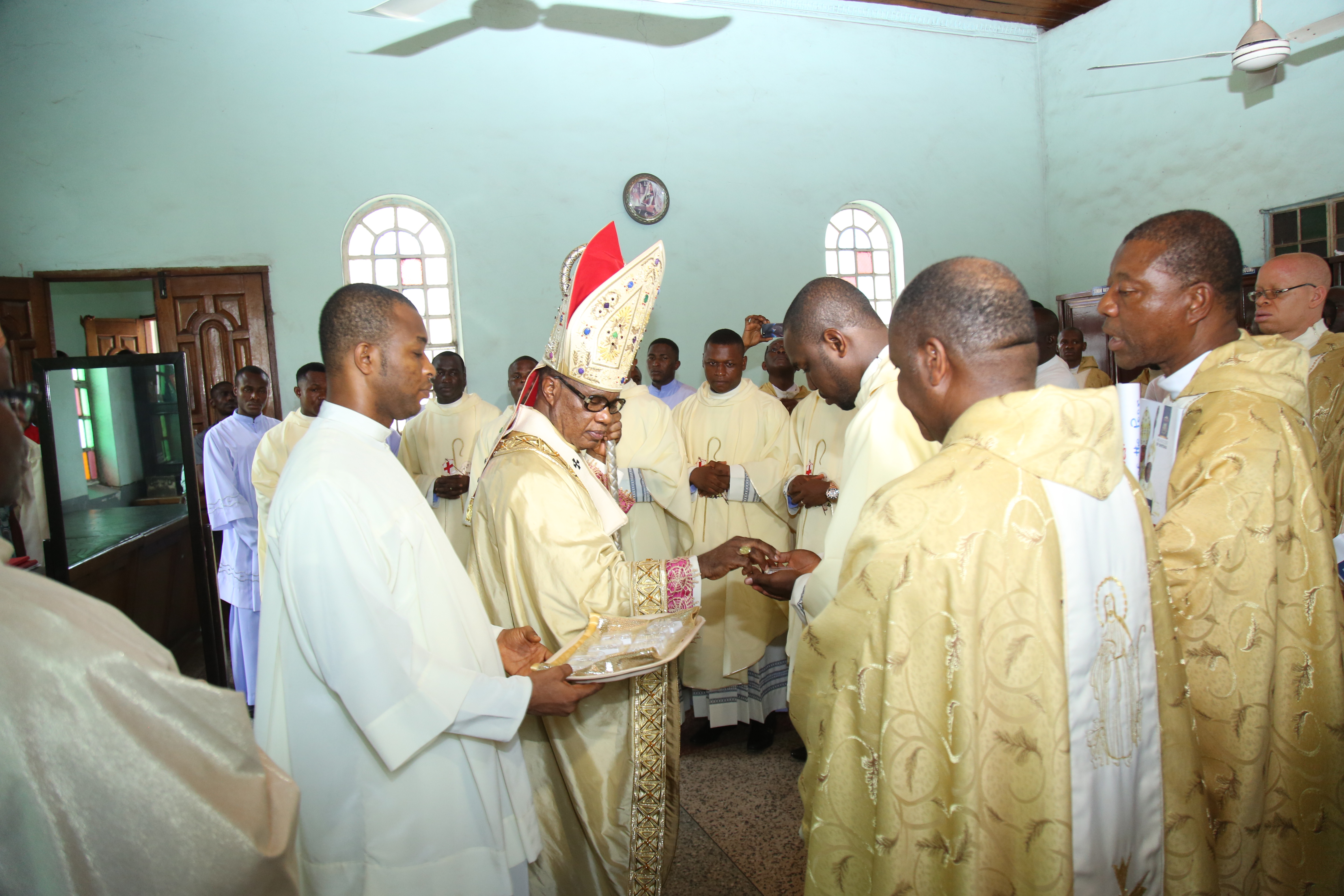 Masses @ The Basilica of Most Holy Trinity

"The priesthood is a gift from God for service to his people. The paradox is that the more the priest empties himself in loving service to God and his people, the more he experiences the joy of the Risen Christ."